Thoughts and opinions on issues affecting the City economy, London and related research

By Katharina Ehrhart, Researcher in the City of London Research Team

Much is written about London’s housing crisis. Academics, politicians and businesses agree one of London’s key, and enduring, challenges is the cost of housing. Globally, London is among the top 5 least affordable cities with ramifications on who can afford to live and work here.

Remarkably, only the top quarter of earners in the capital can afford even London’s cheapest homes (bottom 10% of house prices).[1] 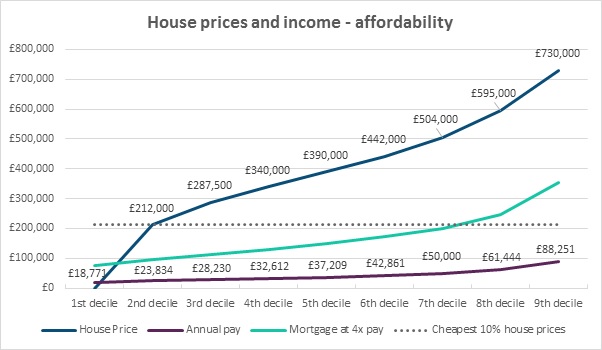 This is despite a small decline of 0.5% in London house prices in 2017, as recorded by Nationwide. Chartered surveyors who participated in the RICS survey from February expect prices in London to fall further over the next month and the next quarter. But none of this will likely have a decisive impact on housing affordability. The graph above uses January 2018 figures, but the findings are virtually unchanged from three years ago.

High housing costs have a negative impact on businesses who are struggling to attract or retain staff. Business groups such as LCCI, London First, the Federation of Small Businesses and the CBI have all highlighted London’s unaffordable housing as one of their member’s top priorities. Campaigns such as “Fifty Thousand Homes” were set up as response to the impact of housing costs on staff recruitment and retainment.

Not only do high housing costs put pressure on employers to raise wages to compensate for higher living costs but long commutes and suboptimal living conditions can also impact on the productivity of staff at work.

Accordingly, some key FRPS employers are taking innovative steps to support their staff with the cost of housing. For example, Grant Thornton, Morgan Stanley, Schroders have all signed up to the Fifty Thousand Homes pledge – a business-led campaign with the objective of a yearly 50,000 homes being built in London by end of 2020.

The initiatives taken by FRPS employers show both how critical the issue of housing affordability is, and which solutions employers can make available. But ultimately, more needs to be done on all levels to make more affordable homes available to Londoners so that businesses in the Capital can continue to attract the best and brightest of the workforce. 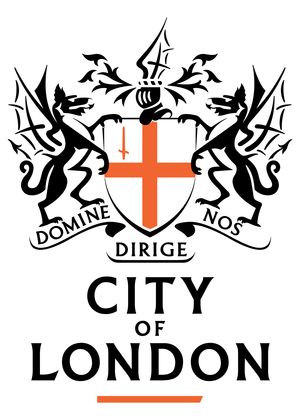 The City of London’s economic research programme provides analysis into current issues affecting the City - blogs from us, our contributors and partners
Subscribe to this blog's feed